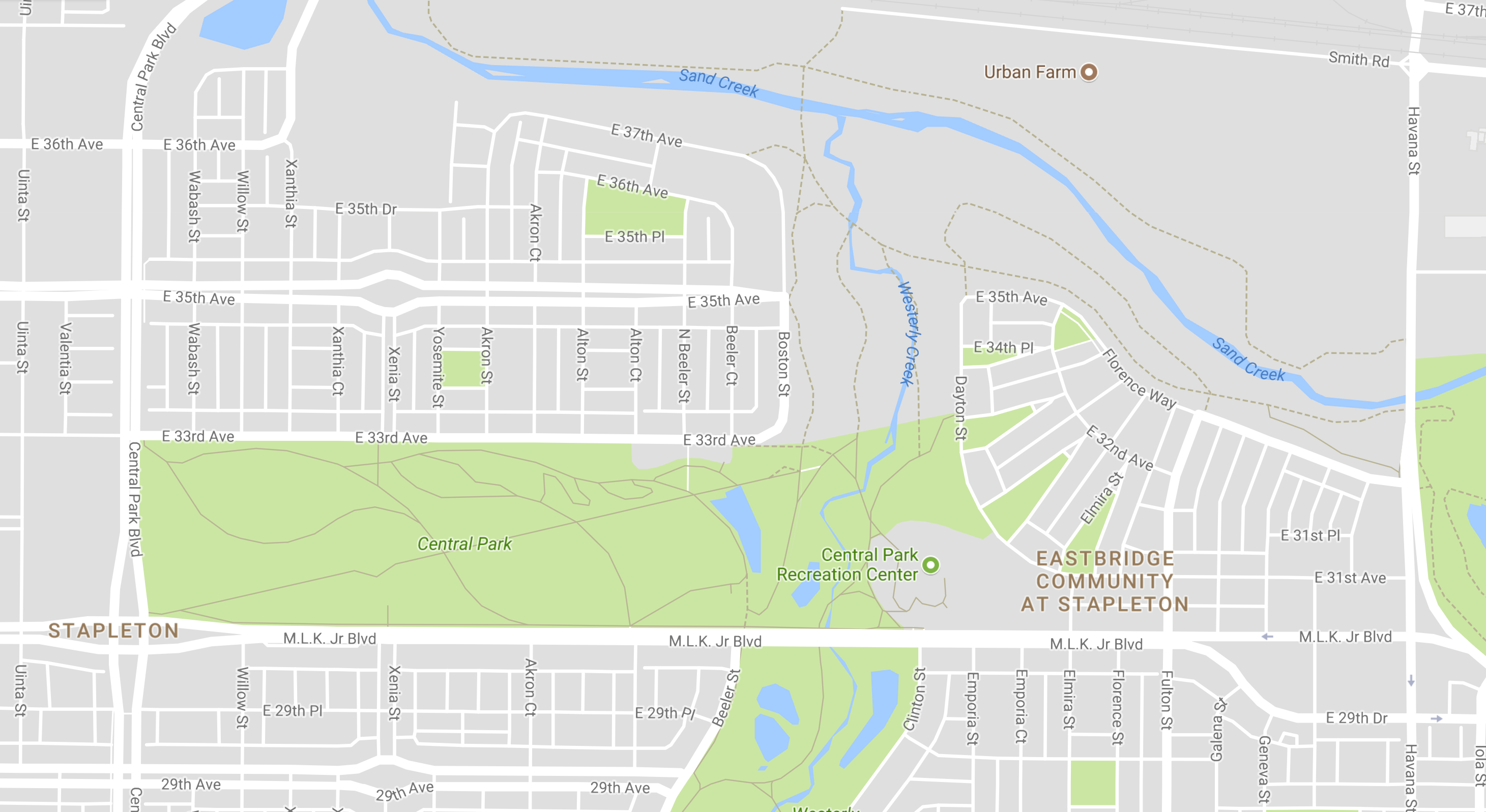 Sand Creek runs through our community.  Approximately 170 miles away, peace negotiations were in progress, and encampments of Cheyenne and Arapaho Indians on Sand Creek had been assured by the US Government that they would not be attacked.  Instead, on November 29, 1864, 675 cavalrymen struck the camps of Chiefs Black Kettle, White Antelope, and Left Hand. The events of that day are known as the Sand Creek Massacre, a dawn attack that massacred an estimated one-quarter of the Indian encampments, mostly old men, women, and children. Body parts were taken as souvenirs and this event was the basis of the slaughter of an Indian village in the movies Soldier Blue and Little Big Man. 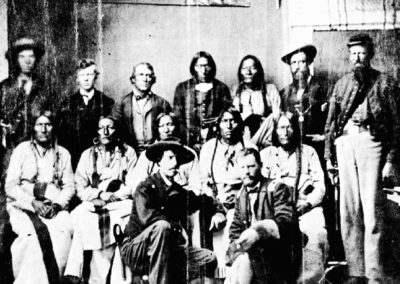 “This rare photograph by an unknown photographer shows the ill-fated Cheyenne chief, Black Kettle, and a number of his associated at Camp Weld, on the outskirts of Denver. They had assembled there on September 28, 1864, for a peace council with Governor Evans and Colonel John M. Chivington, commander of the District of Colorardo. Chivington later attacked their camp in what is known as the Sand Creek massacre. Some of the identifications of Indians are uncertain. Front row, kneeling, left to right: Major Edward W. Wynkoop, commander at Fort Lyon and later agent for the Cheyennes and Arapahoes; Captain Silas S. Soule, provost marshal, later murdered in Denver. Middle row, seated, left to right: White Antelope (or perhaps White Wolf), Bull Bear, Black Kettle, One Eye, Natame (Arapaho). Back row, standing, left to right: Colorado militiaman, unknown civilian, John H. Smith (interpreter), Heap of Buffalo (Arapaho), Neva (Arapaho), unknown civilian, sentry. Another identification states that Neva is seated on the left and the Indian next to Smith is White Wolf (Cheyenne).” —Library, State Historical Society of Colorado, In: Wilbur Sturtevant Nye, Plains Indian raiders : the final phases of warfare from the Arkansas to the Red River, with original photographs by William S. Soule. University of Oklahoma Press, 1st edition, 1968, ISBN 0806111755, p188. 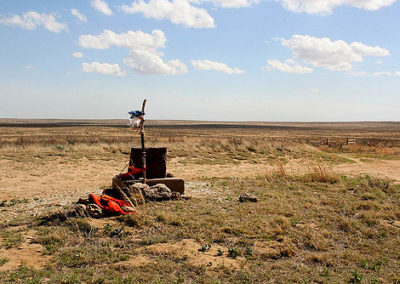 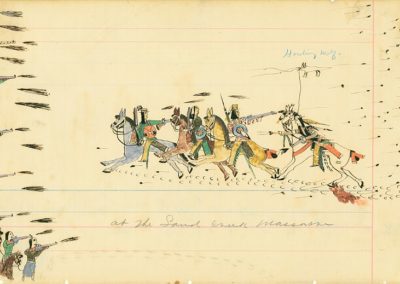 At the Sand Creek Massacre 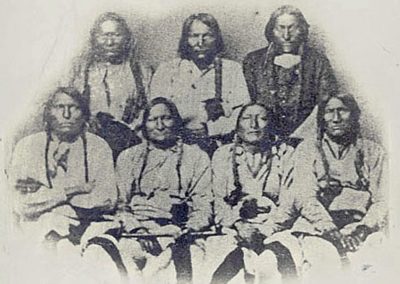 Portrait of Black Kettle or Moke-Tao-To and Delegation Of Cheyenne and Arapaho Chiefs September 28, 1864